During work day got some ES alerts by WhatsApp (BBC/TDF). Similar evening opening began around 8 o’clock with BBC and TDF stations, suddenly turning to Ireland. Mostly RTÉ up to 102.7 MHz, but also private stations were logged: LMFM 95.8 MHz, Classic Hits 4 FM 94.9 MHz and Today FM 101.8 MHz. Ireland has been rare here as it seems to be, that over 100 MHz opening is easier with average distances and the most of the island is close to maximal skip 2400 km. Surprisingly for example Dublin is only 2100 km from here – so it should be pretty common on band! 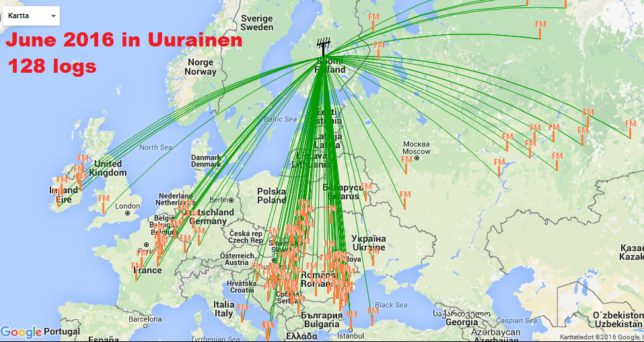 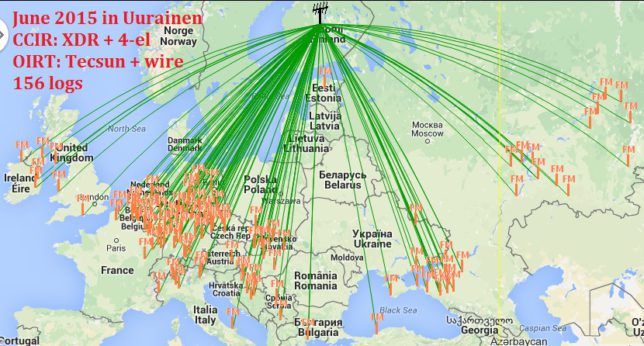 Counting also May demonstrates that Season 2016 has been pretty good so far. The following ”statistics” are based on logs mostly made by Sony XDR F1HD and 4 element Yagi, so the receiving equipment should not affect.

Summer 2016 could easily beat the personal best ever season, the mythical Summer 2014!