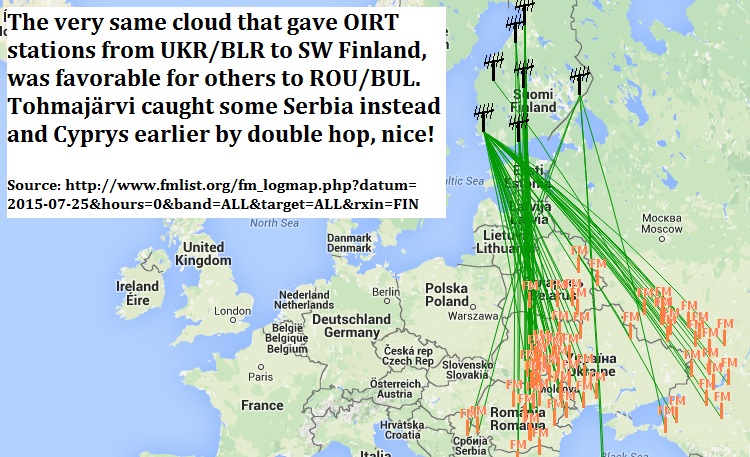 July 7th was a good day for FMDXers, all day long. I was not at home, but here are some loggings by Janne in Jyväskylä (30 km SE from me). Jim from Bromarv (South-West Finland) reports:

July 8th was even better, at least what comes to the amount of loggings. Janne’s results can be seen here. My personal log is here. We both got around 10 new stations.

I was not at home 0839-1207 UTC, so I missed the ROU/MDA/TUR opening. We were visiting the old church of Petäjävesi that belongs to the UNESCO world heritage list. This year is the 250th anniversary.

On the way we stopped on Radio and Telephone Museum which is always an interesting pit stop. Petäjävesi is located 37 km from Uurainen.

It has also a small exhibition of military receivers and transmitters.

What we enjoyed (in Central Finland)

-lots of meteor reflections in June, more than usually

What we missed (in Central Finland)

-no opening for Romania or Ukraine

-no proper opening for France, just from the corner

-as often, best openings reached only coastal area but not inner country. Seasons 13-14 were nice exceptions! 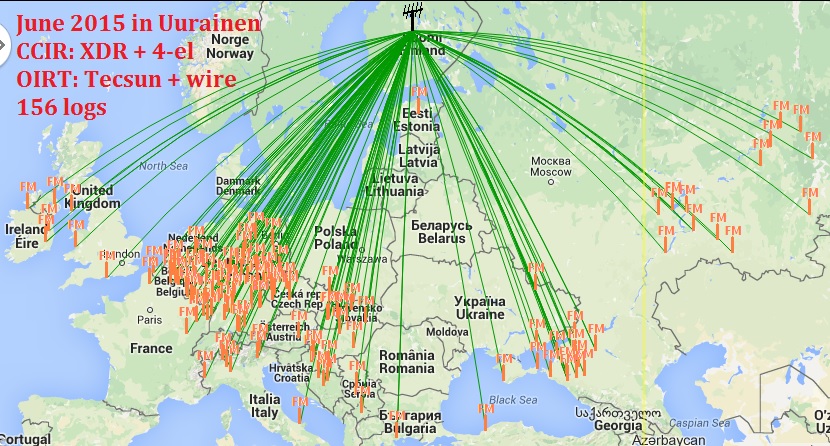 One method to rank summers could be the number of audio clips. Usually I create a mp3 only when I hear a new-for-me station, so it doesn’t tell the whole truth. Another way could be a summary of all loggings (years 2010-11 not yet logged in FM-List…)

Could be much worse, eh!? 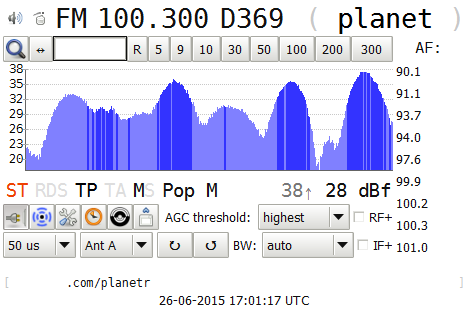 Today’s conditions were considered as the best opening of season 2015. At least it was the strongest which was not positive in the beginning. The FM band was full of signals from Croatia to the Netherlands, practically from every European country, with 3 to 5 stations on every frequency causing horrible noise. Maybe a whip would have given better results (band less full…). Most of the stations were big powerhouse networks, and small private stations couldn’t pass througout the noise. Quickly BeNeLux dropped and Es was favorable for Balkan and Hungary (MUF still over 100 MHz). Then it turned again to Italy. In two hours the conditions seemed to be already over, but surprisingly two frequencies faded in (89.2 & 91.2) and gave id’s in Greek. New heard FM country for me (2402 km!) Further log might be published here in the near future! 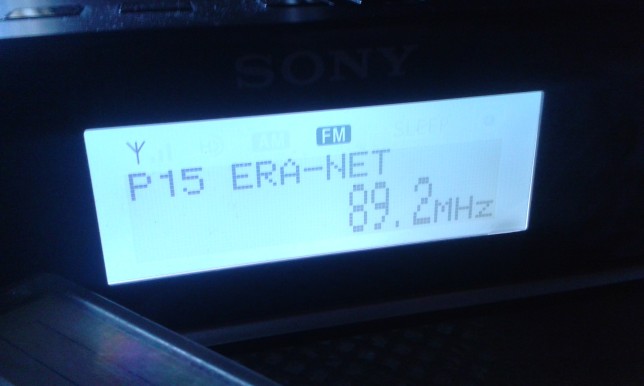 Late evening conditions to British Isles. Mostly BBC 2 and 3 transmitters, tentatively also RTÉ. Highest noted 92.7. Earlier Janne received BBC, HR3 and some French too. I slept the morning conditions on 22 Jun. Janne was working but found delta radio from Germany 96.5 on his recording. Maybe it was kinda good opening, eh! This June seems to be ”usual” after pair of good Junes. The best openings go to Southern/South-Western Finland and the skip doesn’t reach Central Finland properly. 2013-2014 seasons anyway treated us a way better.

Europa Plus Kurganinsk QSL. Google Translate says: ”Hi! how is it possible? we just 100W overall depth of 24 m. the way to record the voice of my wife. The antenna is on the outskirts of our town we’re in the middle can not catch, and you are in Finland ” 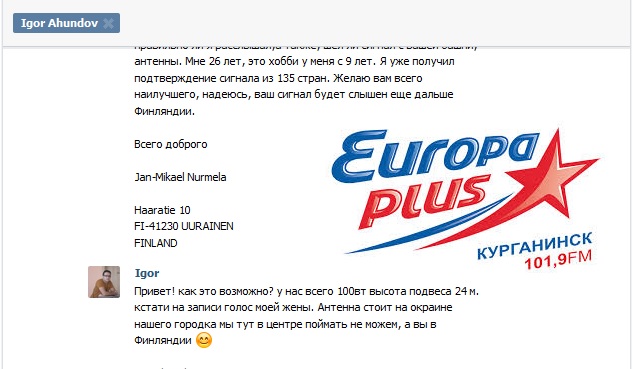 QSL TRT Nağme, transmitted from Zonguldak, North Coast of Turkey on 87.8 FM. Distance 2386 km. Thank you Demet for translation: ”They say its difficult to hear or to listen it but they are sure the records are from TRT Nagme. Best wishes/Greetings” 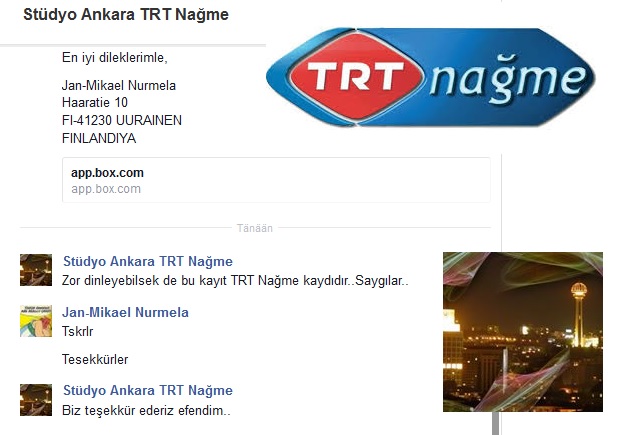 Today we had very weak low band Italy in Central Finland. Guys in South Western Finland enjoyed of good opening to Italy (MUF 107) but also to France and double hop to Spain and Algeria! Here nothing like that. Extraordinarily 90.3 was audible for almost an hour with M2O and Radio Capital fading on it. Rest of the band was practically empty! Earlier I identified at least Radio Lodi 89.0 and Fantastica 89.5. 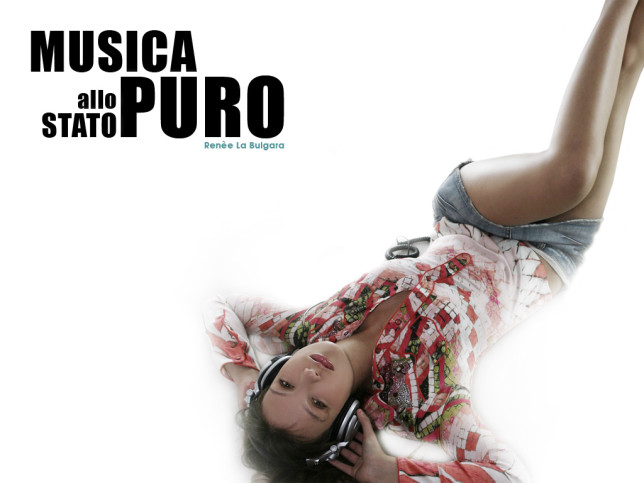 Good timing today. A little opening to Balkan started 3 minutes after I sent my last essay for academic year 2014-2015. MUF was around 92-93 (reported 96.1 in Ruovesi by Pentti). Stations came first from Bosnia, then from Croatia (network program on 89.0 Super Radio and 91.7 Radio Koprivnica) but it sounded to turn own program during the reception. In the end some Italian heard but MUF dropped before the conditions crossed Adriatic Sea. 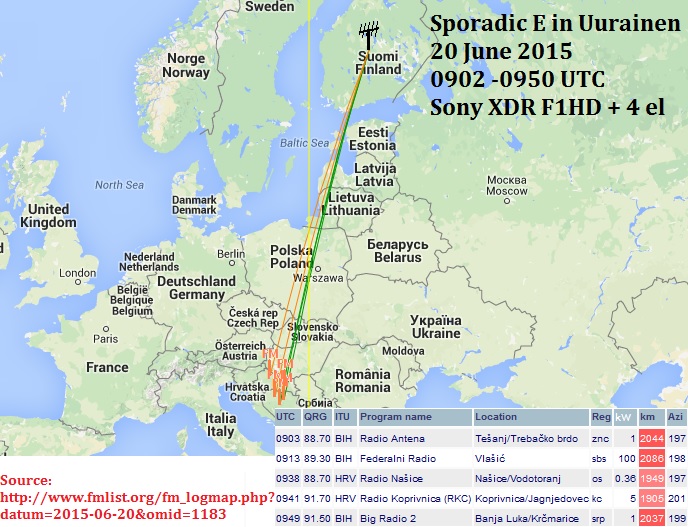 Today we enjoyed of a good opening to Crimea and a little bit later also to Southern Russia, mostly favorable for the oblasts of Krasnodar and Rostov. It lasted for two hours 08-10 UTC. Later the skip probably went to the Black Sea. For some of us these were best ever conditions to Russia. One of today’s highlights was IRIB Quran channel 100.0 MHz heard in Salo. 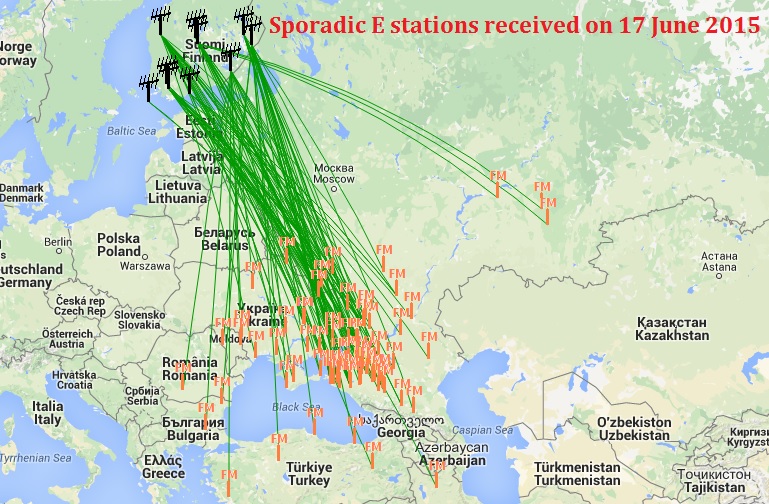 Five of the stations, which I identified in Uurainen, were heard for the first time in Finland! Juha caught three more FirstForFinland -stations in Jyväskylä and Pekka received one in Jämsänkoski, so the conditions were very good for our region. Guys in Northern Karelia and Harri with Utö remote receiver have also maden great catches! Today’s new stations were:

12 Jun: 15 minute evening conditions to Slovakia and Hungary. Janne heard mostly Poland (Kielce) in Jyväskylä. MUF around 94 MHz. Kanal Kultura from Belarus and Radio 24 from Ukraine caught in Pori by OH1NOA. Have a look on his blog. 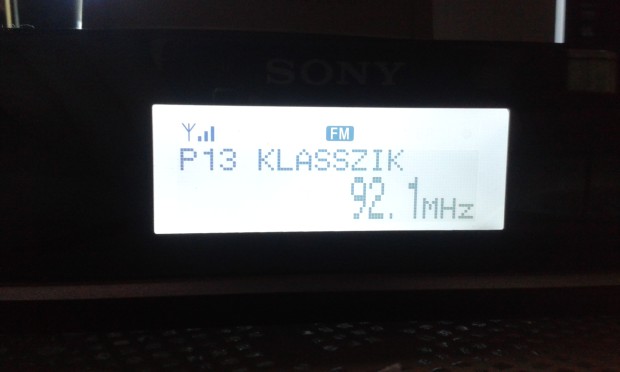 13 Jun: Ukraine trying on OIRT. I was not at home (bestman @ wedding party)

14 Jun: In South Western Finland good opening to France in the morning. For more logs from Utö 16 pedition have a look at Utö-blog. Janne caught HR3 in Central Finland. Weak evening conditions (30 minutes) to Turkey in South and Central Finland. Egypt heard in Northern Karelia and Cyprus in Marttila, both with double hop. Late night BBC in Pori.

NB! For FM logs in Northern Finland (Oulu/Tornio), you can follow Jari’s blog. 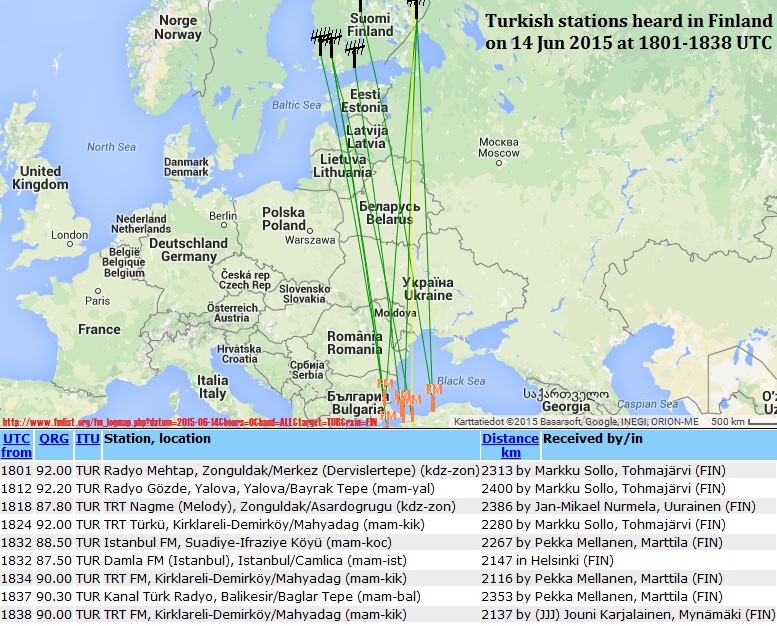