Today we had a little opening to Iceland in Southern and Central Finland – rarely just after the noon as it usually has been heard around the midnight. Only one transmitter in Gagnheidi reported here in Uurainen (both channels on 87.7 and 99.8 were audible). Many DXers caught more RUV frequencies and also the commercial network Bylgjan was heard. This direction is hard for me because of blocking giant trees but I can’t help it because most of them are not on my land. Still something heard that is a real miracle. The positive side is that this tight forest block pretty well interfering transmitters from Western Finland – still Sveriges Radio from Vännäs is a daily thing.. All the other directions from Ural to British Isles are more or less open sky (and also interferences are stronger). 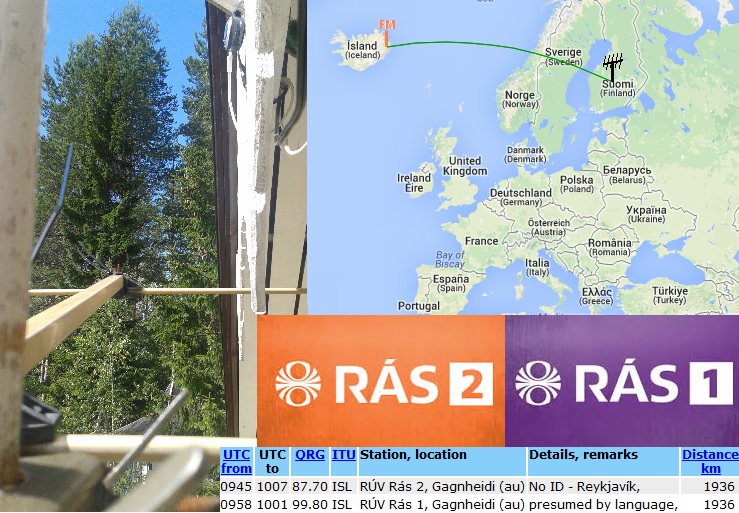