Back in the business

After a two and half week long silent period we have had little openings here in Central Finland. West coast guys were enjoying even  MUF 108 conditions which lasted for 9 hours nonstop! I have passed a week as a holiday on both sides of English Channel – and also visited two radio stations (VBRO in Brugge and Radio Cristal in Évreux). I’m going to write more about it later. During my trip there was mostly nothing heard so the timing seems to be perfect. 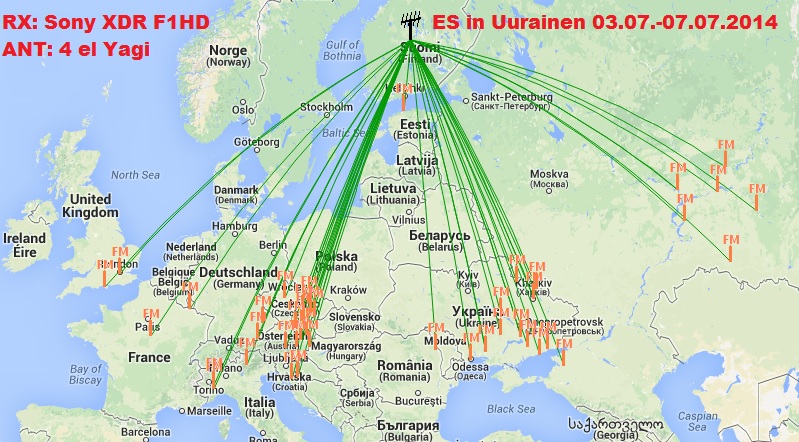 On July 3rd a small opening to France, later some stations from London and Southern England and then Piemonte. On July 4th short but good opening to Tatarstan and Bashkiria. Markku Sollo caught China on three frequencies in Tohmajärvi! That’s a real DX (clips available here) – last year he captured Big FM 92.7 from Srinagar, India! On July 5th I was not at home, but there was reported only small OIRT opening to Ukraine. July 6th started with little skip to Romania while I was having lunch and then good opening to the border of Ukraine and Russia. Today July 7th we had two little opening in Inner Finland, first for Bavaria (shorter skip to Prague and longer to Trento) and second better to CZE and AUT offering also HRT stations and a new-for-me Hungarian on 88.4, but unfortunately no ID. I am still wondering to report it, since there are clearly local commercials and the frequency won’t be no longer free..

As we are requested for audio clips, I’m gonna enclose an interesting UNID – most probably a pirate station from London or nearby. However I found a forum conversation which claims that 92.8 should be nowadays free in London. I’m not sure if there is an ID also on this clip – can’t get it. Maybe a new pirate?! 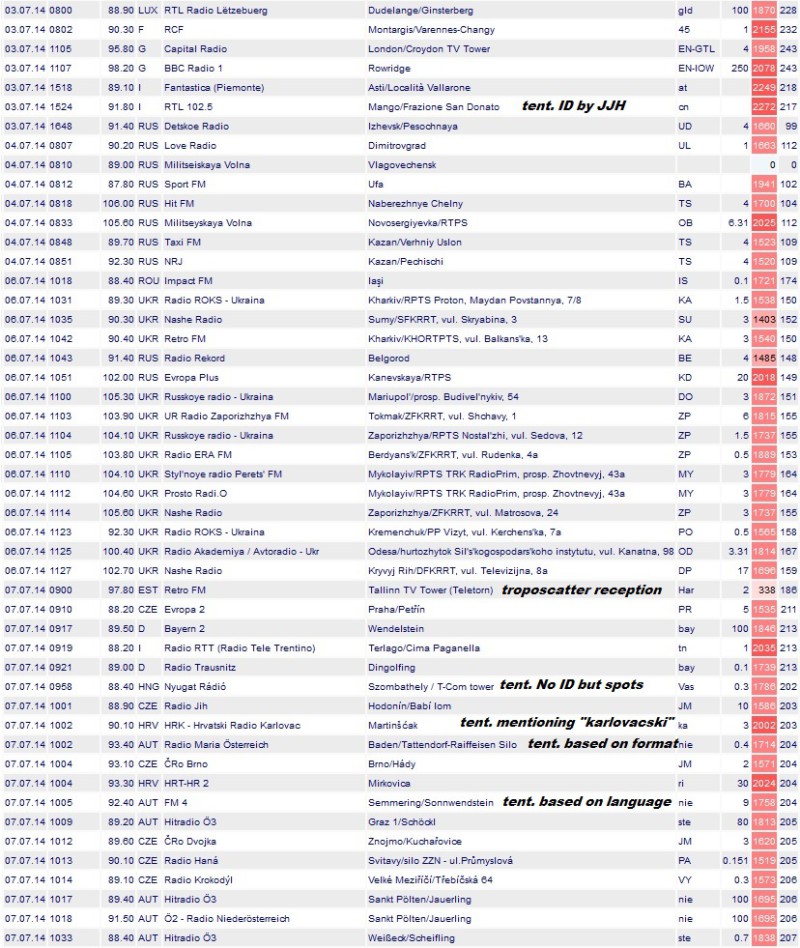