A serie of one hour conditions continued yesterday, today DX map is totally empty. I got several messages that there is something weak on lower band, but surprisingly when I arrived home, the band was soon full of fading signals till 99 MHz, while in the Southern Finland (and even in Jyväskylä that is 30 kilometres south from me) the stations were hardly audible over 90 MHz.

I suppose that the conditions started just at the moment than I arrived, but can’t be sure if there was something going on even longer time. First there was Tirol and Northern Italy from one cloud. At 13 UTC many signals from Balkan faded in, among them also shorter skip from Slovakia (Radio Expres IDed twice). 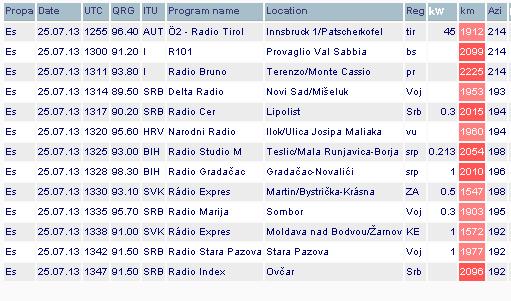 As an update to the previous post, Radio C1 replied to the tentative report that it was not their programme. They have a tx on 90.6 in Macerata and the programme what I heard was a detailed explanation of three movies showed in the market place of  Macerata. Maybe there is another station which uses 90.6 further from Macerata, and is audible in Macerata on another FQ, but this guess went however totally wrong. 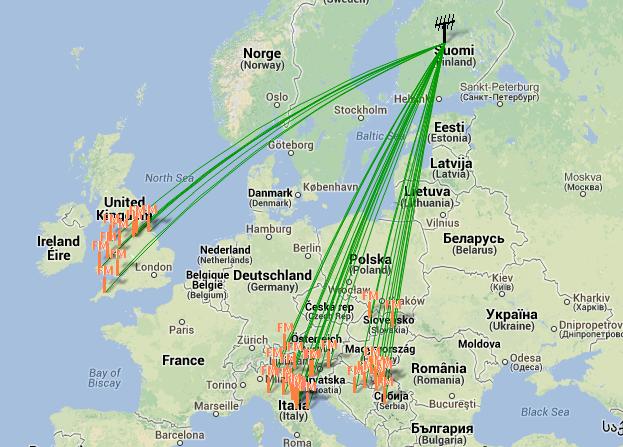