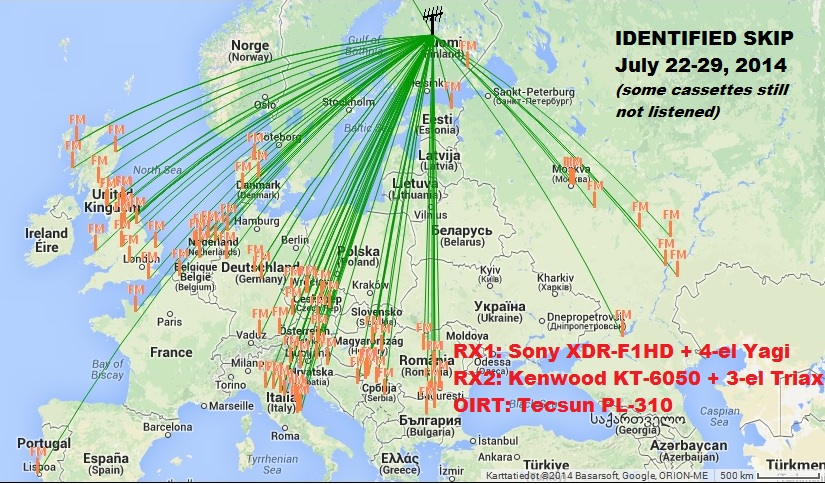 Three first openings were audible partly same time and the stations were interfering each others, which is a bit annoying since there is a limited amount of ES hours in a summer. Usually I listen with only one receiver (some guys use even 7 tuners 😉 ) but this time I tested my former first receiver Kenwood KT-6050 with 3 element antenna. Recording system is old fashioned C-cassette. Full log here. 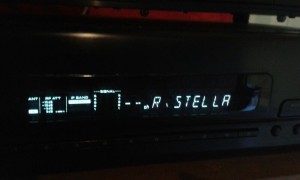 23.7.2014
-Short skip to Moscow region, later longer to same direction (Saratov)
-Surprising double hop to Portugal, 27 seconds but the ID “na TSF” was given when the reception was best

I tested Tecsun PL-310 for OIRT reception connected to 3-element Yag.  Results were not perfect but still something heard that is better than nothing. Mostly Radio Rossii transmitters – but they have regional service at certain time so there is something to hear also with this equipment. Visual log here, will be updated when OIRT recordings are listened.

26.7.2014
-Short opening to France same time with another opening to Eastern Alps. Again stations were interfering each other and French dropped just when I turned antenna towards English Channel which is more interesting and rare direction for me.
-OIRT continuously open to different directions with few signals
-BBC Radio 2 trying twice on lower band
Full log here.

27.7.2014
-Morning tropo to Northern Sweden – maybe I slept the best moments. No commercial stations.
-Small opening to Czech Republic and Bavaria again same time with very short skip to Scandinavia. Normal skip to Germany and the Netherlands. In the end good opening to UK with private stations too.
Log here, will be updated when the cassetes are checked. 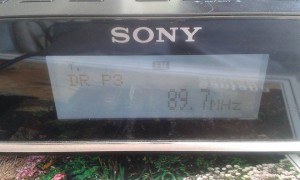